Envoy:
US Should Give Chinese Companies Level Playing Field
TEHRAN (defapress) – The United States should stop making groundless allegations against Chinese companies including TikTok and give them a level playing field, China’s Ambassador to the United States Cui Tiankai said.
News ID: 81774 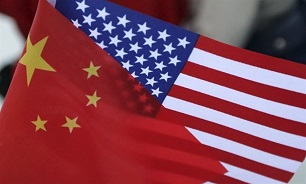 "There is such a degree of political intervention, government intervention into the market. There's such a discrimination against Chinese company. These companies are just private companies," the ambassador said.

US President Donald Trump on Thursday issued an executive order banning any US transactions with Chinese tech firm ByteDance, owner of TikTok, starting in 45 days.

TikTok has been downloaded over 175 million times in the United States and over 1 billion times globally, according to the executive order, which claims that the app automatically captures "vast swaths of information" from its users, posing risks to US national security.

A similar executive order has also been issued for WeChat, a messaging and social media app owned by Chinese tech giant Tencent.