Leader:
Front of Truth to Gain Great Victories
TEHRAN (defapress) – Leader of the Islamic Revolution Ayatollah Seyed Ali Khamenei said the memory of Iran’s martyrs will continue to give hope and courage to future generations and inspire them to take firm steps toward lofty goals.
News ID: 82107 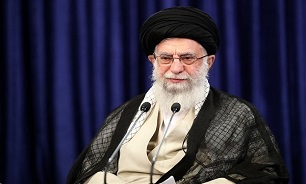 In a message released on Thursday on the occasion of the Sacred Defense Week and the Day of Commemorating Martyrs and War Veterans, the Leader said passage of time can never consign the cherished memory of Iran’s dear martyrs to oblivion.

“This historical treasure will always give hope, determination and courage to (all) generations to take steps toward lofty goals firmly and steadfastly without fearing the enmity of the world’s evils …,” Ayatollah Khamenei added.

The Leader underlined that, God willing, it will help the front of justice and truth to achieve great victories.

Iran is observing the Sacred Defense Week on the 40th anniversary of the start of Iraq’s imposed war on the Islamic Republic.

The annual event honors those who sacrificed their lives during eight years of resistance against the invading forces loyal to dictator Saddam Hussein in the 1980s.