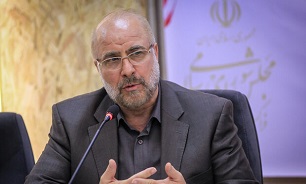 "The drones which were displayed in this exhibition, have reached a point where they can target any targets in the farthest corners with continuous flight and in any weather conditions," said Ghalibaf in the inauguration ceremony of IRGC Aerospace Force permanent exhibition on Sunday.

This exhibition showcases all the efforts of the Air Force and shows how the culture of Sacred Defense has caused to reach this achievements even in difficult situations, he added.