Johnson States Britain Will Take Back 'Full Control' from the EU on January 1
TEHRAN (defapress)- Prime Minister Boris Johnson said on Wednesday Britain would take back "full control of our money, our borders and our laws" on January 1 when a status-quo transition arrangement with the European Union ends.
News ID: 82230 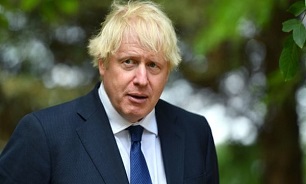 "This country has not only left the European Union but on January 1 we will take back full control of our money, our borders and our laws," he told parliament, repeating a mantra that helped him win an election last year, World News reported.

Johnson also took the opportunity to comment on the controversial Internal Market Bill which seeks to ensure that Northern Ireland is not subject to different customs laws in the event of a no-deal Brexit, contravening the previously settled-on Withdrawal Agreement.

The PM stated he would “hold firm” against any future trade barriers in the Irish Sea, “We have the excellent UK Internal Market Bill to prevent such barriers from arising.”

The comment comes amid ongoing talks between the UK and the EU over a future trade deal, to follow the end of the transition period on December 31.

PM’s spokesperson announced on Tuesday that the UK needed a decision on future trading relations by October 15, in order to provide UK businesses with ample time to prepare.

As the deadline for the conclusion of post-Brexit trade talks fast approaches, the UK and the European Union (EU) appear to be edging further apart.

In the latest development, European Council President, Charles Michel, has issued what amounts to an informal ultimatum by warning the UK it is time to “put its card on the table” over a trade deal.

Michel tweeted the comment after a telephone call with Johnson, on Wednesday.

A Downing Street spokesperson said the PM had “reiterated that any deal must reflect what the British people voted for [in the 2016 Brexit referendum]”.

The spokesperson added that the PM had made clear during the call that British “businesses and citizens needed certainty very soon on the terms of our future relationship”.

Johnson has previously claimed that the UK would abandon negotiations on a trade deal if an agreement isn’t reached by October 15.