Russian Mission to EU:
Reasoning Behind Sanctions over Navalny Borders on Absurd
TEHRAN (defapress)- Reasoning behind the EU’s decisions on introducing anti-Russian sanctions over the incident with blogger Alexey Navalny borders on the absurd, while the decisions themselves infringe on the UN functions, the statement of the Permanent Mission of the Russian Federation to the European Union made public on Friday said.
News ID: 82299 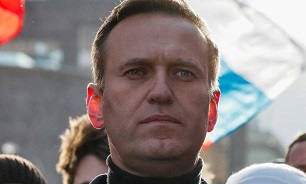 "Over the past day, the European Union has produced a series of sanctions decisions against Russian individuals and entities. In addition to the previously announced steps related to the attempted poisoning of Alexey Navalny, the EU announced sanctions [against Russian entrepreneur Yevgeny Prigozhin - TASS] over the alleged involvement in destabilising the situation in Libya, including violating the UN arms embargo on Libya," the document read, TASS reported.

"The European Union’s reasoning behind these decisions does not stand up to scrutiny and is bordering on the absurd. Of course there is no mention of any real evidence. We consider the EU’s attempts to use the authority of the UN to cover up its unseemly political goals as absolutely unacceptable," the statement added.

The mission emphasized that "these steps will not remain unanswered" by the Russian side.

The Russian mission urged the EU "to return to the international legal framework, stop dividing countries into worthy and unworthy of the status of geopolitical partner and choose stable, progressive cooperation instead of escalating confrontation for political purposes".

As it was reported on Thursday, the European Union blacklisted a number of Russian nationals over the incident with Navalny. Among those added to the list are Director of Russia’s Federal Security Service (FSB) Alexander Bortnikov, First Deputy Chief of Staff of the Presidential Executive Office Sergei Kiriyenko, Chief of the Presidential Domestic Policy Directorate in the Presidential Executive Office Andrei Yarin, Deputy Defense Ministers Pavel Popov and Alexei Krivoruchko as well as Presidential Plenipotentiary Envoy to the Siberian Federal District Sergei Menyailo. Brussels sees all of them as accomplices in the alleged attempt on Navalny’s life with the use of chemical weapons.

Russian Foreign Minister Sergey Lavrov stated earlier that Russia would respond proportionately to the anti-Russian sanctions of the European Union over the incident with Navalny.

Navalny was rushed to a local hospital in the Siberian city of Omsk on August 20 after collapsing on a Moscow-bound flight from Tomsk. He fell into a coma and was put on a ventilator in an intensive care unit. On August 22, he was airlifted to Berlin and admitted to the Charite hospital.

On September 2, Berlin claimed that having examined Navalny’s test samples, German government toxicologists had come to the conclusion that the blogger had been affected by a toxic agent belonging to the Novichok family. On October 6, the Organisation for the Prohibition of Chemical Weapons (OPCW) confirmed that biomarkers of the cholinesterase inhibitor found in Navalny’s blood and urine samples have similar structural characteristics to the toxic chemicals added to the Chemical Weapons Convention’s Annex on Chemicals in November 2019. At the same time, the detected substance itself is not listed in this Annex.

Russia earlier reiterated that Germany and the OPCW hadn’t submitted to Moscow any official proof but continued to redirect its inquires to each other instead. Kremlin Spokesman Dmitry Peskov stated that Russia was ready for comprehensive cooperation with Germany. He pointed out that no poisonous substances had been detected in Navalny’s system prior to his transfer to Berlin.