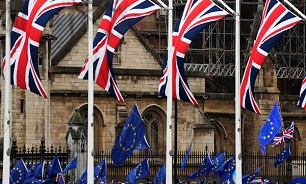 EU leaders refused to back down on Friday despite the prime minister's warning, with French President Emmanuel Macron telling reporters that they were "not there simply to make the British prime minister happy" and European Council president Charles Michel warning, "What we said yesterday remains right today", The Independent reported

The 27 presidents and prime ministers had announced in a joint statement that the UK would have to “make the necessary moves to make an agreement possible”  – enraging the British side, who accused them of "an unusual approach to conducting a negotiation".

Officials in the EU capital say Barnier is still planning to travel to London on Monday for further discussions, despite warnings from Downing Street that he might not get the warmest of welcomes. The EU has offered two further weeks of discussions in a bit to avert a no-deal exit from the single market in December.

The prime minister's chief negotiator Lord Frost is understood to have told Barnier in a telephone conversation on Friday evening that there would be "no basis" for talks on Monday given the EU's position.

But Barnier's trip to the British capital was confirmed by Commission President Ursula von der Leyen, who stated, "As planned, our negotiation team will go to London next week to intensify these negotiations."

Downing Street announced on Friday that Barnier should “only come to London next week if you are prepared to discuss all issues" and that the UK should not be "required to make all the moves", adding, “If not, there is no point in coming.”

But Johnson has stopped short of acting on his earlier threat to totally shut down negotiations if no deal was agreed by the summit – though his spokesperson argued that the EU had "effectively ended" talks with their statement about not wanting to change their position.

Speaking a press conference in London later on Friday, the prime minister noted, "I think we've got to a stage, alas, where they don't seem to want to progress a free trade deal."

"That was pretty clear from the conclusions of the summit; they don't want to go any further. Unless that fundamentally changes we're going to have to come out on Australian terms but we'll prosper mightily nonetheless," he said.

The prime minister refused to engage on the question of how the car industry or cattle and livestock farmers would cope with high tariffs from no-deal, repeating only that he believed Britain would "prosper mightily" under the arrangement.

The three major intractable issues remaining are the question of fishing rights, governance, and a level playing field in regulations, particularly around state aid.

Of these, fishing has seen the least progress, though Barnier has previously hinted the EU is willing to compromise.

The issue is particularly serious for the French, whose Macron escalated the war of words at his own press conference, telling reporters, "The remaining 27 leaders of the EU, who chose to remain in the EU, are not there simply to make the British prime minister happy."

But despite repeating his mantra that France would not "accept a Brexit that sacrifices our fishermen", Macron acknowledged that his fleets would not be able to enjoy the status quo after December 31.

German Chancellor Angela Merkel struck a more conciliatory tone, apparently looking to assuage British concerns about the content of leaders' statement. In a rare Brexit intervention she assured reporters that "we, too, will need to make compromises".

Dutch Prime Minister Mark Rutte also stated the EU was "ready to compromise" and accepted that it would not get everything it wanted.

The rising risk of no-deal comes as polling for The Independent by BMG finds that the public are pessimistic about the coming economic hit from leaving the single market and customs union.

45 percent of voters believe the economic impact over the next few years will be negative, with just 25 percent positive. The public have a more positive outlook for the long, term however, with 42 percent foreseeing positive long-term consequences a decade or more after Brexit and 30 percent negative long-term effects.

Most economists believe that a no-deal Brexit will deal a heavy blow to the UK’s GDP, and also have a strongly negative long-term effect.