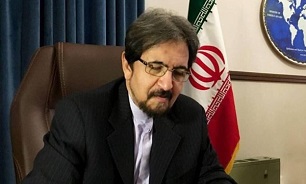 Qassemi wrote in a post on his Twitter account that Iran will continue to strengthen peace, stability and security across the world, and will do its best to protect its inalienable rights by using internationally recognized mechanisms.

He went on to say that the US numerous measures and aggravation of its illegal efforts to impose unilateral policies at the Security Council in a bid to extend Iran's arms embargo have yielded no fruit as the majority of the UNSC member states didn’t surrender to Washington’s pressures.

"The US move provided an opportunity to stress the world's clear opposition to egotism, monopoly and disrespect for international standards by that country," the ambassador added.

In relevant remarks, Iranian Parliament Speaker Mohammad Baqer Qalibaf said that expiration and removal of the UN arms sanctions against his country was a considerable failure for the US government.