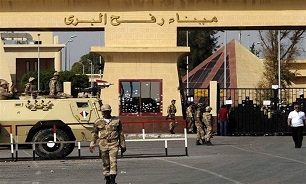 “The terminal will be open in both directions for four days until Thursday,” the Hamas-run ministry said in a statement, the Middle East Monitor reported.

This is the third time for the Egyptian authorities to reopen the Rafah crossing since March.

Earlier this month, reports suggested that the government in Gaza was in discussion with the Egyptian government in opening the Rafah crossing permanently.

Since the outbreak of the coronavirus in March, the Rafah crossing has been closed by the Egyptian authorities, in fears of the spread of the disease. Cairo was reported to have opened the crossing on a limited number of occasions for a few days, primarily for the repatriation of Palestinian citizens.

After entering Gaza, travelers must quarantine for 21 days in a specified location which has been prepared by authorities.