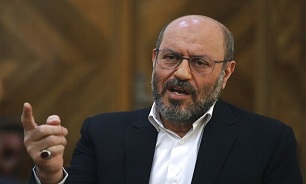 "The Islamic Republic of Iran will not negotiate its defensive power ... with anybody under any circumstances,” Dehghan said. “Missiles are a symbol of the massive potential that is in our experts, young people and industrial centres.”

Dehghan warned against any American military escalation in Trump’s final weeks in office.

“A limited, tactical conflict can turn into a full-fledged war,” he said. “Definitely, the United States, the region and the world cannot stand such a comprehensive crisis.”

Regarding IAEA inspections of Iran's nuclear facilities, he also said those UN checks should continue so long as an inspector is not a “spy.”

He described the Natanz incident as “industrial sabotage.”

“Those who were in charge of installing some devices possibly made some changes there that led to the explosion,” Dehghan said, without elaborating.