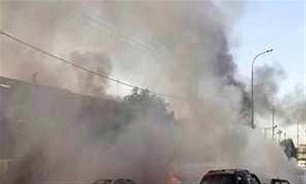 A police source said a roadside bomb hit a car, and that militants opened fire on a rescue team of policemen and popular forces when they arrived at the scene, about 200 kilometers from the capital.

Four members of Hashd al-Sha’abi and two policemen were killed along with three civilians, Mohammed Zidane, the mayor of Zouiya, 50 kilometers from the city of Tikrit, told AFP news agency.

He updated an earlier civilian death toll of two.

There was no immediate word of casualties among the assailants, but Zidane said those killed among the Hashd were Sunni tribesmen.

Both the mayor and police said the ambush was the work of Daesh terrorists, although no immediate claim of responsibility was issued.

Eleven people were killed on November 8 in a Daesh attack on a lookout post at Al Radwaniyah, near Baghdad airport on the outskirts of the capital.