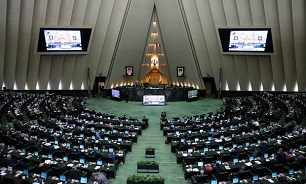 Parliament’s National Security and Foreign Policy Commission spokesman, Abolfazl Amouei, said on Saturday that lawmakers will hold a session in the next 24 hours to address the assassination of the Iranian nuclear scientist.

He noted that the country's security officials have been invited to take part in the session.

“The Parliament is currently studying the strategic action plan for lifting the sanctions with priority; Part of the plan is related to the revival of our country's nuclear program and it will definitely be pursued with more capacity,” Amouei added.

He stressed that the vicious terrorist attack will definitely impact the Parliament’s pursuit of the strategic action plan on sanctions.

Fakhrizadeh was assassinated on Friday in a multi-pronged attack involving at least one explosion and small fire by a number of assailants in Absard city of Damavand County, Tehran province.