Lavrov: US’ Illegal Armed Presence in Syria Hindering Restoration of Unity
TEHRAN (Defapress) – Russia censured the illegal presence of US troops in Syria, saying the deployment of the American forces there is meant to hinder the restoration of unity in the Arab country.
News ID: 82714 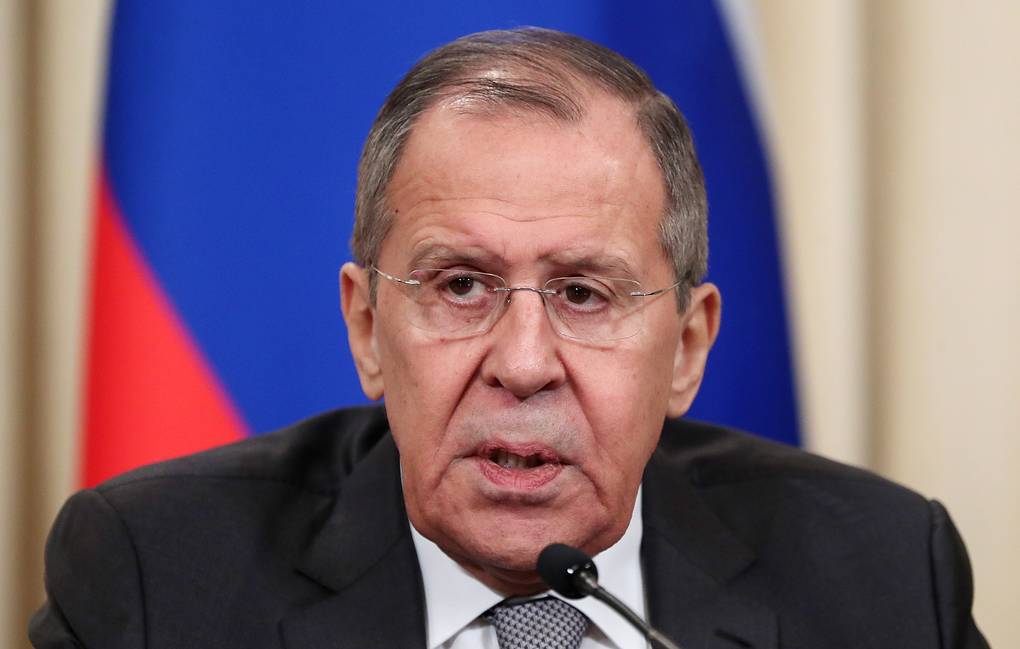 The 'illegal armed presence' of the US in Syria is encouraging separatism and preventing the restoration of unity, Russian Foreign Minister Sergei Lavrov said while addressing the participants of the international conference "Mediterranean: Roman Dialogue" in Moscow on Friday.

"Damascus gets the illegal armed presence of the United States on their lands, the presence which to is used for encouraging separatism and prevent the reconstruction of the country," Lavrov stated.

The Russian foreign minister also stressed that Western states demonstrate "double standards, refuse to help Syria, even when it comes to humanitarian problems."

According to Lavrov, Moscow is also concerned with the situation in Libya, especially since a new UN Secretary-General's Special Envoy for Libya has not been appointed yet.

"The general situation in Libya could benefit from the resumption of the Libyan oil industry. Agreements on this score were reached by the leadership of the Libyan National Army and representatives of the administration in Tripoli", he added.

Washington has refused to withdraw US forces from Syria and openly backs anti-Damascus Kurdish militants in the north and east of the country.

Since late October 2019, the United States has been redeploying troops to the oil fields controlled by Kurdish forces in eastern Syria, in a reversal of President Donald Trump’s earlier order to withdraw all troops from the Arab country.

The Pentagon claims the move aims to “protect” the fields and facilities from possible attacks by the ISIS terrorist group.

The presence of US forces in eastern Syria has particularly irked the civilians, and local residents have on several occasions stopped American military convoys entering the region.

Syria, which has not authorized the presence of the US military in its territory, has on several occasions said Washington is “plundering” the country’s oil.