Trump orders Pentagon to pull nearly all troops from Somalia
TEHRAN (Defapress) – US President Donald Trump has ordered the Pentagon to withdraw nearly all of the hundreds of American troops deployed to Somalia, which is part of a global pullback by the outgoing president that will also see him drawdown forces in Afghanistan and Iraq.
News ID: 82716 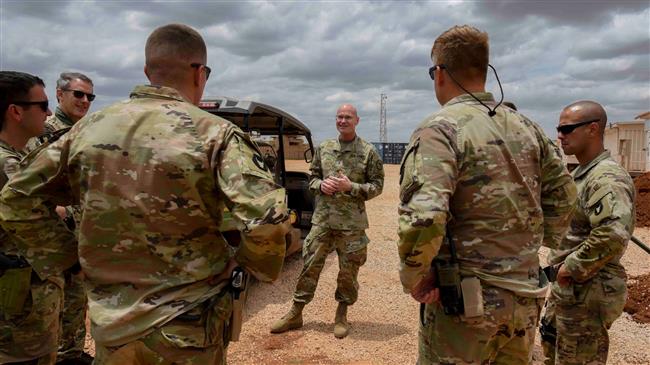 The Pentagon has about 700 troops stationed in Somalia where for more than a decade the United States has claimed to be helping local forces defeat the al Qaeda-linked al Shabaab insurgency.

US forces in Somalia claim that they train and assist local security forces to fight the terrorist groups and also carry out airstrikes.

“While a change in force posture, this action is not a change in US policy,” the Pentagon said.

“The US will retain the capability to conduct targeted counterterrorism operations in Somalia, and collect early warnings and indicators regarding threats to the homeland,” it added.

In November, Trump ordered 2,000 US troops to be pulled from Afghanistan and 500 from Iraq by mid-January.

It was reported on November 16 that “there's been a verbal order from the White House to cut the number of troops in Afghanistan from about 4,500 to 2,500 by January. The cut in Iraq would drop the level from about 3,000 troops to 2,500. A formal order is expected this week and could come as early as tomorrow.”

The announcement came after Trump declared in October that all US troops would be home from Afghanistan by Christmas (December 25). He was challenged later in the month, however, by US Joint Chiefs Chairman Gen. Mark Milley, who insisted that troop withdrawal would be conditions-based, further noting that the US was still awaiting a cease-fire and planned “peace deal” between the Taliban and Afghan government.

In an agreement reached between the US and the Taliban in February, the Trump administration promised to pull out all its troops by mid-2021 in return for the Taliban to stop their attacks on US-led occupation foreign forces in Afghanistan.