Iran Stresses Need for Permanent Solution to Karabakh Crisis
TEHRAN (Defapress) - The Iranian foreign ministry on Wednesday underscored the need for finding a permanent solution to the Karabakh crisis between Azerbaijan and Armenia.
News ID: 82741 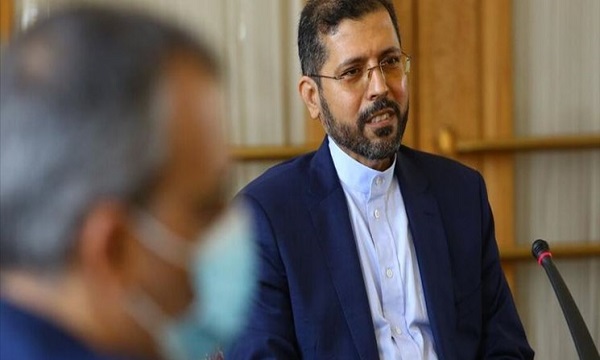 "During the visit of the Foreign Minister of the Republic of Azerbaijan to Tehran, views about Karabakh dispute, regional issues and bilateral relations were exchanged," Iranian Foreign Ministry Spokesman Saeed Khatibzadeh wrote on his twitter page.

"Within the framework of good neighborliness policy, the Islamic Republic of Iran welcomes the progress made and the liberation of the occupied territories and emphasizes the need for a permanent solution to the crisis politically," he added.

During the meeting, Rouhani announced the country's readiness to play a role in helping to strengthen the ceasefire between Azerbaijan and Armenia and to stabilize the region.

The visit focuses on deepening Iran-Azerbaijan ties in the post-Karabakh-war period, as well as reviewing the latest regional and international developments.

Bayramov is scheduled to meet with Speaker of Parliament Mohammad-Baqer Qalibaf and Secretary of the Supreme National Security Council Ali Shamkhani as well.

Zarif and his Azeri counterpart in a video conference late in November had underlined the need for widening mutual cooperation.

During the video conference, Zarif and Bayramov talked about the latest developments in bilateral relations and post-war conditions in the Karabakh region.

While emphasizing the further development and deepening of bilateral relations regarding the cooperation of the two countries in international fora, the Caspian Sea, reconstruction projects, on-the-implementation projects, the two sides also discussed the operation of Khoda Afarin Dam, the Rasht-Astara railway, the north-south, and east-west corridors, and the holding of the joint economic commission of the two countries and other issues of interest.