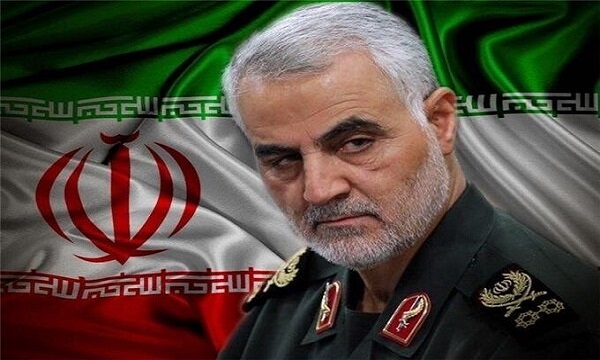 “General Soleimani played a pivotal role in the annihilation of ISIS,” Brigadier General Kiumars Heidari said on Saturday, few days before the martyrdom anniversary of the top anti-terror commander.

“General Soleimani was exclusively the pioneer in the fight against the ISIS terrorists both in the region and in the world,” he added.

The Army Ground Force commander described General Soleimani as one of the irreplaceable figures in the history of the resistance, saying that the martyrdom of the top Iranian commander will not hamper the battle against the terrorists who are backed by the Global Arrogance.

US terrorists assassinated General Soleimani, the commander of the Quds Force of the Islamic Revolution Guards Corps, along with Abu Mahdi al-Muhandis, deputy head of Iraq’s Hashd al-Sha’abi, and their companions by targeting their vehicles outside Baghdad International Airport on January 3.

The act of terror was carried out under the direction of US President Donald Trump, with the Pentagon taking responsibility for the strike.

General Soleimani is viewed by the world's freedom-seeking people as the key figure in defeating ISIS, the world’s most notorious terrorist group, in West Asia battles.