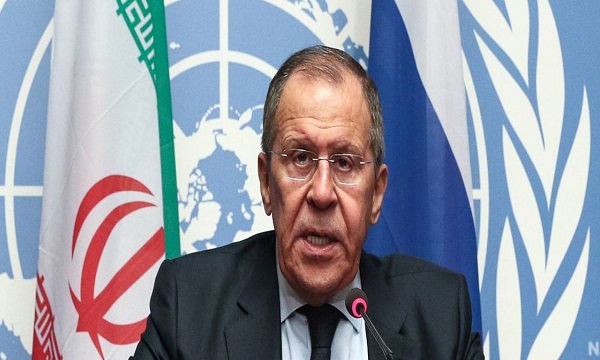 Russia is conducting military cooperation with Iran in strong accordance with its international commitments and for the sake of maintaining stability and security in the region, Russian Foreign Minister Sergey Lavrov told Sputnik in an interview.

"In its military cooperation with Iran, which, undoubtedly, has the right to secure its defense, Russia strictly observes its international commitments and prioritizes the regional stability and security," Lavrov said when asked whether Moscow and Tehran were planning to boost cooperation past the expiry of a UN arms embargo on Iran.

Lavrov said there were no longer any legal constraints, including those posed by the UN Security Council, for Russia and Iran to carry out military cooperation.

According to the foreign minister, all of Russia's military cooperation policies are conducted in accordance with its laws on export and oversight, which are among the world's strictest.

The years-long Iranian arms embargo expired in October, in line with the 2015 nuclear deal that aimed to prevent Tehran from developing nuclear weapons in return for sanctions relief. The United States, which unilaterally left the accord in 2018 and reinstated restrictions on Iran, tried to campaign for the embargo extension, citing Tehran's non-compliance with the deal, but to no avail.