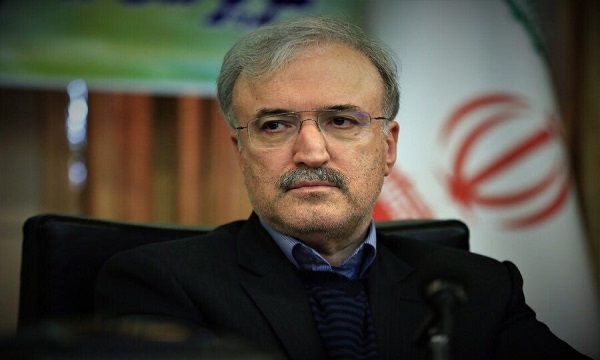 “I was informed 3 days ago that one of the 3 compatriots who had traveled from Britain to Northeastern Iran has shown some symptoms (of coronavirus),” Namaki said.

“We traced them immediately and isolated them, but I was informed at midnight that the 3 cases have tested negative,” he added.

Elsewhere, Namaki referred to the start of the human trial phase of the Iran-made coronavirus vaccine, but meantime said supply of the vaccine from foreign firms is also on his ministry's agenda.

“In addition to the indigenous vaccine, we are trying to get the vaccine from credited sources and we are purchasing the vaccine,” he said.

Last Wednesday, Namaki had lashed out at the British medical officials for keeping mum on the faster-spreading strain of COVID-19 for at least two months since it first was identified in the UK, although he said the mutated virus has not yet been traced in Iran.

“Unfortunately, Britain was late to make the revelation to the world one and a half to two months after it had identified new cases of the mutated virus,” Namaki told reporters after a cabinet meeting in Tehran.

He added that Iran has banned flights to or from Britain, and passengers arriving in Iran from Britain are monitored closely, while European travelers are required to also have a negative PCR card and be tested in Iran, and are recommended to stay in quarantine for two weeks.

“We have a list of people who have entered the country from Britain in the last two weeks and we are monitoring them, and we have not found any trace of the mutated virus in Iran so far,” Namaki said.

A new strain of COVID-19 is sweeping across Southern England and has caused alarm in continental Europe, leading to a flurry EU countries to issue travel bans on the UK in an effort to stop the mutation from spreading locally.