Trump at DC Rally:
We will never concede election
TEHRAN (Defapress) - President Donald Trump has once again doubled down on his allegations of voter fraud, saying that he would "never" concede the election.
News ID: 82865 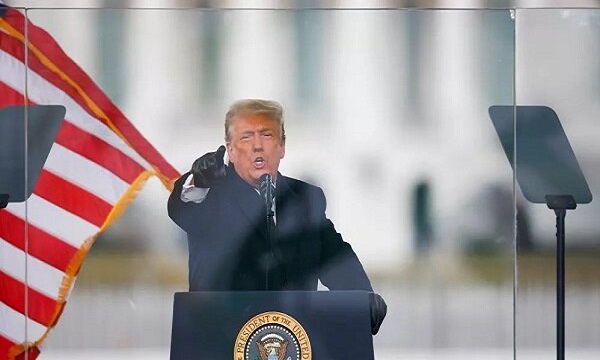 "We will never give up, we will never concede. You don't concede when there's theft involved," Trump said, speaking before a crowd of supporters behind a pane of bulletproof glass outside the White House on Wednesday, Sputnik News reported.

"We have hundreds of thousands of people here and I just want them to be recognized by the fake news media - turn your cameras please and show what's really happening out here, because these people are not going to take it any longer," he added, referencing the size of the rally.

Congress is expected to formally certify the election results in President-elect Joe Biden's favour on Wednesday, with the formality coming over two months after the 3 November election, and weeks of claims by the incumbent president that the vote was rigged against him.