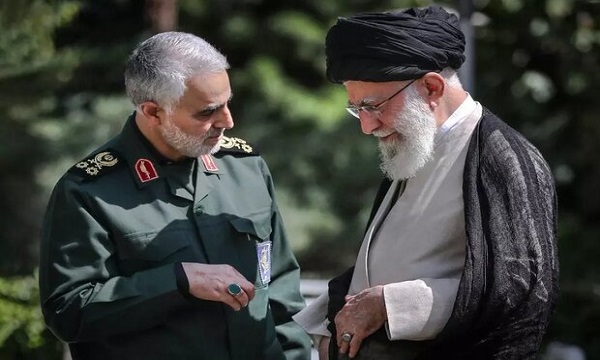 One of the influential factors which had a hand in the failure of the United States and its allies in the occupation of Afghanistan and Iraq was strategic measures and performance of Martyr Lt. General Ghasem Soleimani under the guidelines of the Leader and the Supreme National Security Council, said Major General Yahya Rahim Safavi, Top military Aide to the Leader of the Islamic Revolution.

Of course, the heroic struggles of the oppressed nation of Afghanistan and the brave nation of Iraq, as well as the elites and clerics, were influential too, but General Soleimani was always present on the battlefield and defeated the Americans, he added.

He went on to say, "The Americans were so stupid that they neglected their two main strategic rivals, China and Russia", he said adding that China's economic power and Russia's military power improved while Americans did not achieve their goals in Iraq and Afghanistan.

The Islamic Republic ofbecause Iran's enemies in Iraq and Afghanistan were defeated by Americans themselves, he added.

As a result of a strategic mistake by the United States and the defeat of ISIL terrorist groups, Iran became the leading power in the West Asian region, and Iran's power extended from Iran to Iraq, Syria, Lebanon, and the Mediterranean.

Safavi also considered the cowardly assassination of General Soleimani as a strategic failure for Americans, noting that the current decline of American hegemony, both domestically and internationally, is the result of the measures taken by General Soleimani.

Such decline of the arrogant US regime is irreversible and inevitable, and the new US administration can not prevent it, he stressed.