10 ISIL headquarters destroyed in Iraq's Saladin
TEHRAN (Defapress) - The Iraqi Security Information Headquarters announced on Wednesday the destruction of 10 headquarters of the ISIL terrorist group in the province of Saladin.
News ID: 82948 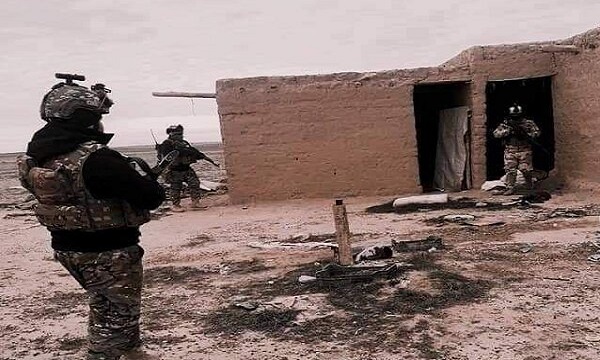 The Iraqi Security Information Headquarters announced today in a statement announced that the security and military forces were managed to destroy 10 headquarters of the ISIL terrorist group and three vehicles and defuse a bomb.

According to the statement, two bombs exploded during the mission, but there were no casualties.

Meanwhile, an ISIL terrorist group command and control base in Anbar province was targeted by airstrikes and all the forces were killed.

Following the liberation of Mosul in July 2017 and the end of the alleged caliphate of ISIL, many terrorists hid in the Iraqi provinces, especially Diyala, Kirkuk, Saladin, Al Anbar, and Nineveh, which have suitable geographical conditions for operations. They have carried out various terrorist operations over the past year.

ISIL forces have intensified their attacks on Iraqi civilians and security forces in the past two months.