Gen. Dadras:
Iran employs most advanced tech. at borders
TEHRAN (Defapress) - The deputy commander of the Iranian Army said that all the borders of the country are under full control using the most modern and advanced surveillance technology.
News ID: 82955 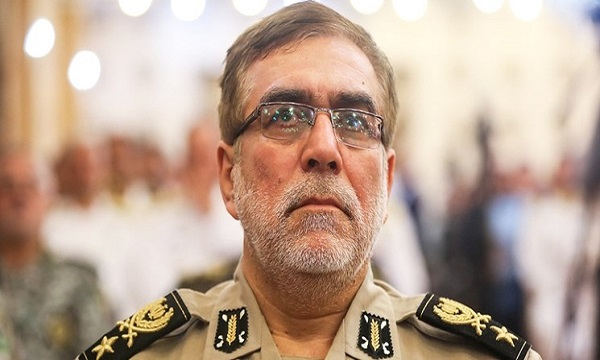 Speaking to Mehr correspondent, the Deputy Commander of the Iranian Army Brigadier General Mohammad Hossein Dadras said that the Army is at the highest level of preparedness to defend the borders.

Dadras also said that the enemies know very well the level and quality of the readiness of the armed forces of the Islamic Republic of Iran, including the Army.

He stressed that threats appear and become practical when there is no readiness and defense power in a country, warning the enemies not to take any inappropriate action otherwise the Army’s response will be far more destructive than the enemy’s.

Touching upon the recent drills conducted by the Army, the Army deputy commander said the drills showed the enemies the high level of preparedness of the troops, warning the enemies’ threats will receive a decisive response.

He also touched upon border security, saying that the borders are under full control using the most modern and advanced surveillance technology.