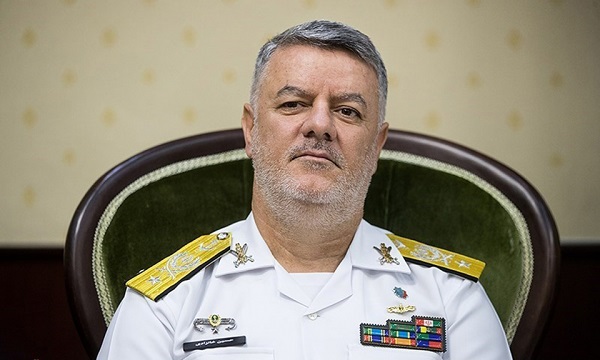 "Since last year, a series of combined maritime security exercises with the participation of countries in the region and the world has been on the agenda of the Navy," said Khanzadi on Tuesday.

"This time, which begins today, the Russian Navy joined the exercise site, and the Indian Navy is scheduled to join the combined maritime security exercise," he added.

"The overall goal of the exercise is to achieve collective security at the regional level, which will help sustain security in the North Indian Ocean in a sustainable way for the benefit of stakeholders," Khanzadi highlighted.

The commander continued, "The feature of this year's exercise is the addition of the Indian Navy to the exercise. India is one of the most powerful navies in the region. The presence of the navy in the exercise is very important for India and Iran."

"The combination of efforts that are taking place in the Indian Ocean region shows that the countries of this region, especially those with naval powers, are becoming more convergent than ever in order to achieve collective security. It means that the global arrogance that was present in the region to this day must realize that it must leave the region.

Iranian-Russian ‘Marine Security Belt’ drills are underway with the slogan "Collective Cooperation at Sea for the Security of Maritime Trade" in a 17,000-kilometer area with a message of peace and friendship.

Earlier, the spokesperson of the joint Iranian-Russian naval drill Rear Admiral Gholamreza Tahani said that security of sea lanes in the northern Indian Ocean is one of the most important goals of the combined exercise.

In late December 2019, Iran, Russia and China held joint naval drills in the Indian Ocean and the Gulf of Oman. The maneuvers lasted four days.