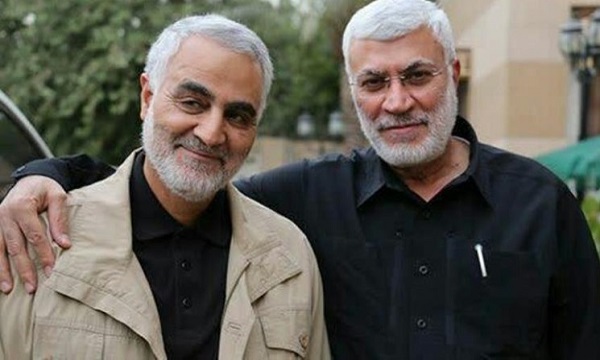 “Abu Mahdi Al-Muhandis and Haj Qassem Soleimani will always be heroes of the war against terrorism,” Rayeesi said on Tuesday, adding that Iran is pursuing the assassination of the Iranian and Iraqi commanders and the cowardly move will not go unanswered.

"As the Judiciary, we are responsible for all cases and we are also responsible for this specific case although there may not be a fair trial because of the hegemonic system," he noted.

Rayeesi blasted the US for targeting the symbol of Resistance in a crime that has violated all international regulations and the Iraqi territorial integrity.

“This bomb that hit General Soleimani’s car can penetrate 30cm into steel. They used such a bomb and committed such a crime so as to shatter his body,” Major General Baqeri said.

“A foreign guest travelled to Iraq, carrying a message in response to the message of Saudi Arabia upon the Iraqi Prime Minister’s invitation,” Baqeri stated in a local ceremony in Tehran on Tuesday, referring to Martyr Soleimani’s visit to Baghdad.

He stressed that Martyr Soleimani entered Iraq onboard a civilian airliner in a public, clear and open trip.