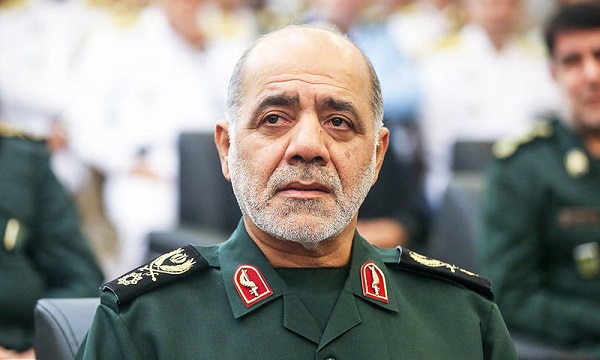 Speaking in a meeting with a senior adviser to the Iraqi Interior Minister and a high-ranking Iraqi military delegation on Monday, Brigadier General Ali Abdollahi, pointed to the significance of countering terrorism in the region and stated that the assassination of two national heroes former IRGC Quds Force Commander martyr Lt. Gen. Qassem Soleimani and Second-in-Command of Iraq's Popular Mobilization Unit (PMU) martyr Abu Mahdi al-Muhandis is an unforgivable and heinous crime committed by the United States.

While appreciating the Iraqi parliament's decision to withdraw Americans from Iraq, he stated the US expulsion is the most important move for restoring security and stability to the region.

During the meeting, Brigadier General Abdollahi said that the Islamic Republic of Iran is ready to assist Iraqi police and border guards in developing and providing security throughout the country’s borders.

He emphasized participating in enhancing Iraq's police and border guard capabilities to deal with the remnants of terrorist groups, preventing the activities of drug gangs and human trafficking, and smuggling across borders for the benefit of the security and stability of all countries in the region.