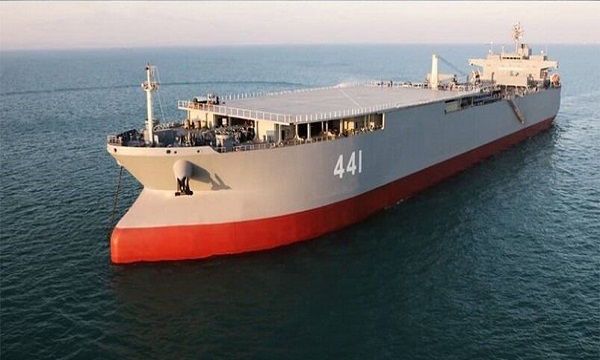 This helicopter carrier has created various support capacities for more navigation and independent presence of naval combat, intelligence and operational fleets in the high seas, he highlighted.

Makran helicopter carrier joined the southern fleet Army Navy Force of the Islamic Republic of Iran on Jan. 13 and at the first day of Eghtedar (Authority) Naval Drill in the presence of the Chief of General Staff of the Armed Forces and Commander of Iran Navy Force.

This helicopter carrier is capable of delivering 100,000 tons of fuel and water to army vessels, and it can also move on seawater for a long time without stopping.