Gen. Hatami:
If Zionists do a damn thing, Iran to raze Haifa, Tel Aviv
TEHRAN (Defapress) - Iranian Minister of Defense said that Zionists should know that if they do a damn thing, Islamic Republic of Iran will raze Tel Aviv and Haifa completely, referring to statement of Leader of Islamic Revolution.
News ID: 83101 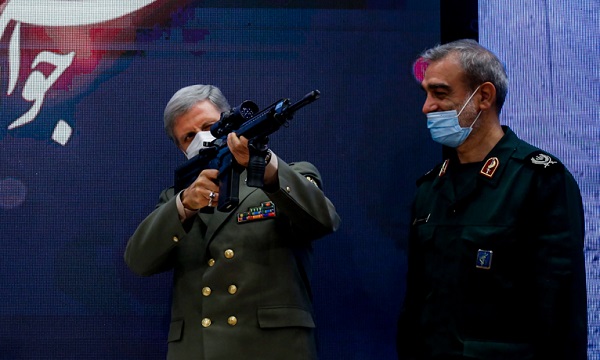 Speaking in a local ceremony held at Amphitheater of Imam Ali (PBUH) in Imam Khomeini (RA) Township on Sunday, Brigadier General Amir Hatami stated, “In today's world, power is understood only by the language of force and if any country does not have power, it will remain weak.”

Elsewhere in his remarks, Brigadier General Hatami pointed to the successive defeats of the Zionist regime after the glorious victory of the Islamic Revolution and noted that no one in the region wants the Zionist regime and they (Zionists) have been forced to build a wall around themselves.

Of course, they (Zionists) sometimes threaten a powerful Iran out of desperation, but as Leader of the Islamic Revolution and Commander-in-Chief of the Armed Forces stated if they make a big mistake, the Islamic Republic of Iran will destroy and annihilate Tel Aviv and Haifa, he added.