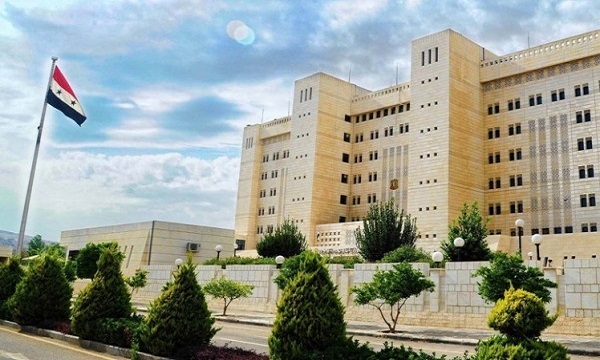 “Israeli enemy authorities at 22:35 on Tuesday, March 16th, 2021, perpetrated a fresh missile aggression on Syrian territories in flagrant violation of UN Security Council resolution No.350 for 1974 regarding the Disengagement Forces treaty,” Foreign and Expatriates Ministry said in a letter addressed to UN Secretary-General and President of Security Council.

The letter added that the Israeli state terrorism synchronizes with a terrorist heinous crime against a bus that was transporting a number of the Syrian Army soldiers in Daraa on March 15th, 2021, in an indication to full cooperation and coordination between “Israel” and its allies of armed terrorist groups, from one side, and the separatist groups, from another, to prolong the span of the crisis in Syria.

“The Syrian Arab republic affirms that acts of aggression and suspicious movements will not affect its determination to go ahead in fulfilling its constitutional entitlement and its legitimate war against terrorism,” Foreign Ministry said.

It concluded by saying that the Syrian Arab Republic calls on UN Security Council to assume its responsibility in maintaining international security and peace, taking swift and decisive measures to prevent “Israel” from repeating such terrorist attacks, holding it responsible for its crimes in violation of UN Security Council relevant resolutions No. 242, 338, 350 and 497.