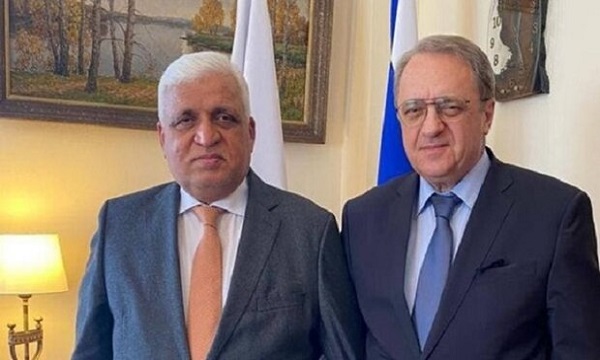 Al-Fayyadh met and held talks with Nikolai Patrushev, the secretary of the Russian Security Council and Russian Deputy Foreign Minister and Presidential Special Envoy for the Middle East and Africa Mikhail Bogdanov in Moscow.

As the Alsumaria TV network reported, in talks with Patrushev, regional security issues and the avenues of cooperation and bilateral interaction between Iraq and Russia were discussed.

The meeting also discussed the issue of serious progress in Iraq-Russia relations in response to the common interests of the two countries and stressed the need and readiness to develop communication and cooperation in the security sector.

In his meeting with Bogdanov, Al-Fayyadh discussed the main aspects of cooperation in the West Asia and joint cooperation on the fight against international terrorism, and the Russian side reiterated its position in support of the unity and sovereignty of Iraq.