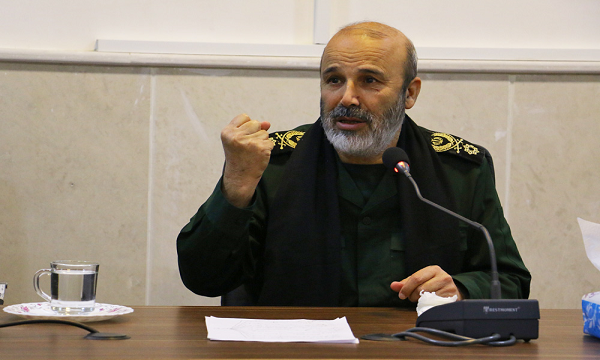 Speaking during a ceremony to commemorate his predecessor General Seyyed Mohammad Hejazi, who passed away on Sunday from a “heart condition, in the central province of Isfahan on Thursday, Brigadier General Mohammad Reza Fallahzadeh, the newly appointed Second-in-Command of the IRGC's Quds Force said that "the occupying Zionist regime must know that the Resistance groups are stationed all over the planet next to your bases and they are bringing you closer to collapse at any moment."

General Fallahzadeh added, "in accordance with the words made by the Leader of the Islamic Revolution, the Zionist regime will not see the next 25 years [of its life], few years of which have already passed."

The Second-in-Command of the IRGC's Quds Force further added that the blood of martyrs General Soleimani and Hejazi runs through the veins of Islamic Umma and their blood will not go in vain.

He also vowed that the Islamic nations will not give up their struggle and "as the Late Imam Khomeini promised, Islam will conquer all the key trenches in the world one after another and the flag of Islam will be hoisted above all apexes in the world."