Brig. Gen. Heidari:
Enemy’s small-scale threats to face Iran's harshest response
TEHRAN (Defapress) - The Commander of Iranian Army Ground Forces Kiumars Heidari said that even small-scale threats of enemy against the Islamic Republic of Iran will be followed with the greatest response of the country.
News ID: 83372 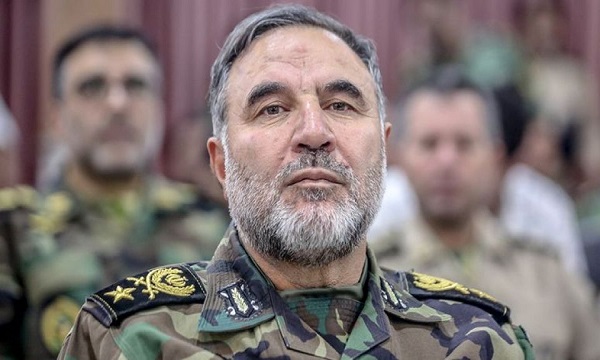 Both Army and Islamic Revolutionary Guards Corps (IRGC) are ready to defend the country against enemies' threats with their utmost power, he said, adding, “Today, under the auspices of the Sacred Establishment of the Islamic Republic of Iran and wise leadership of the Commander-in-Chief of the Armed Forces, grandeur and hegemony of enemies of Islam and Islamic Revolution has been shattered completely.”

Today, the United States and Western leaders are fed up with the unity and amity of the Armed Forces of the Islamic Republic of Iran, he said, adding that bombing of US airbase ‘Ain al-Assad’ in Iraq’s Al-Anbar province by the IRGC is a clear example of the said claim which brought about the greatest defeat for the United States in the region.