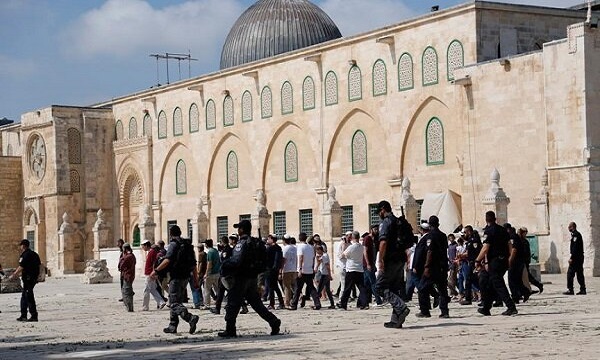 Palestine Al-Youm reported the interviews of some settlers in the courtyard of Al-Aqsa Mosque during the attack in an insulting and provocative manner against Muslims.

At the same time, Palestinian sources pointed to the strict security measures taken by the Zionist regime against residents of Al-Quds and widespread deployment in courtyards of Al-Aqsa Mosque with the aim of supporting the Zionist settlers.

Zionist settlers have resumed their attacks on Al-Aqsa Mosque after three weeks. Meanwhile, Palestinians are moving in direction of defeating the settlement and Jewishization plans in the occupied lands and territories.