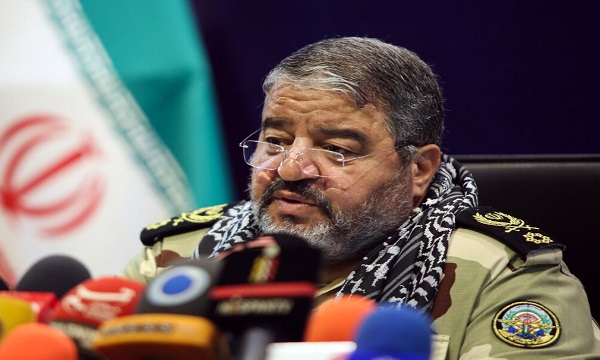 Brigadier General Jalali, Head of Iran's Passive Defense Organization made the remarks on Monday which marks the June 28, 1987 chemical bombardment of Sardasht city in West Azarbaijan Province by the Saddam regime in Iraq in which 110 Iranian civilians were killed and over 8000 civilians were injured.

"Mostly Western and European countries who claim to be human rights advocates helped Saddam and provided him with this equipment, and unfortunately none of the international courts addressed this issue," Jalali said in condemnation of the Western-backed chemical-attacks by Saddam regime against Iranian cities and his own people.

"The crimes of the Europeans in the chemical attack on our country and even on the Iraqis themselves, like in the case of Halabja, were not sued in any courts. This is a global challenge, and if the world wants to make sure that these tragic incidents do not happen again, it must exercise preventive punishments while trying to bring to justice the perpetrators behind such tragedies," the head of Iran's Passive Defense Organization added.

He further noted that international laws and conventions have not been able to provide preventive tools against the use of chemical materials as a weapon, saying "In recent years, we have seen the use of chemical weapons by ISIL in Syria, in Saudi Arabia's attacks on Yemen, and by the Zionist regime in its attacks on Gaza. These incidents show that international laws and conventions have not created the necessary deterrence."

He also spoke about Iran's readiness to deal with possible threats posed by chemical attacks, saying "We enjoy good capability to respond to threats and have created deterrence".

He further noted that Iran's Passive Defense Organization has prepared itself for new forms of attacks on infrastructures such as cyber-attacks which did not exist in the past.