US embassy in Iraq targeted by rockets, drone
TEHRAN (Defapress) - Some Iraqi sources reported Thursday morning an airstrike on the US Embassy in Baghdad's Green Zone.
News ID: 83556 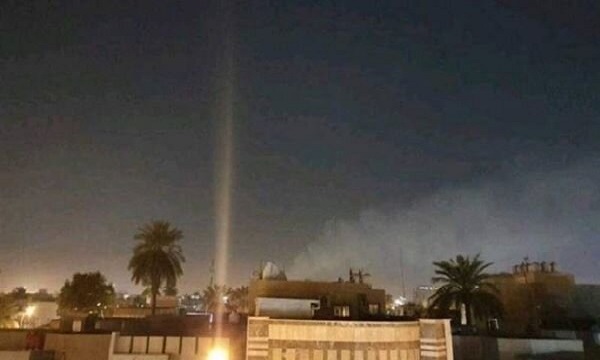 Three rockets were fired at the US embassy in Iraq early Thursday, the Iraqi army said, at the end of a day marked by rocket and drone attacks on bases hosting American forces in Iraq and Syria.

The embassy itself was not hit, the army said, but three nearby places in Baghdad’s heavily fortified Green Zone were, France 24 also reported.

Meanwhile, on Wednesday, Ain al-Asad's base military base in Iraq was reportedly targeted with drones and missiles again.

Iraqi media also confirmed that several explosions were heard at the base.

Saudi Arabia's Al-Hadath news channel claimed that seven rockets were fired at the American base.

Local Iraqi sources said that the US air defense systems were unable to intercept the drones.