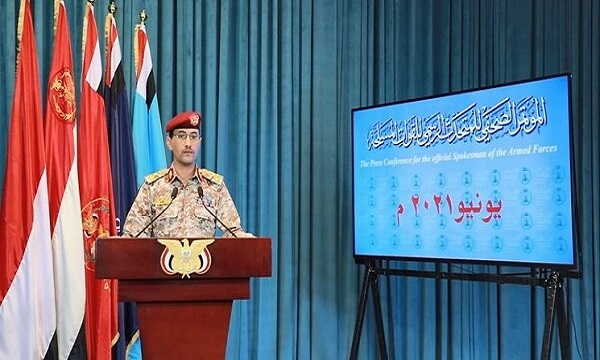 The spokesman for Yemeni armed forces Yahya Saree said in a statement on Saturday that during the second phase of "Al-Nasr Al-Mobin" Operation which began on July 20, the Yemeni army and Houthi Ansarullah-led Popular Committees could liberate an area of 380SqKm in the Naman and Nateh districts in central Al-Bayda province.

Saree said that during the operation, the Yemeni forces inflicted heavy casualties to the ISIL and AlQaeda terrorists.

The spokesman added that in the operation, 160 Takfiris were killed and more than 200 were injured, while dozens of other Takfiri mercenaries were captured by the Yemeni forces.

He added that dozens of military and armored vehicles were destroyed and burned, and large quantities of weapons were seized from the terrorists.

Saree said that a total of 500 square kilometers were liberated in two phases of Operation Al-Nasr Al-Mobin.

The spokesman estimated that 510 Takfiri armed men were killed and 760 others were wounded in the two phases of the operation.

He said that various units of Yemeni armed forces took part in the second phase of Operation Al-Nasr Al-Mobin, with the Yemeni Air Force conducted 19 reconnaissance and combat operations with the aim of attacking Takfiri positions.

Saree added that during the operation, 13 Badr and Sa'ir ballistic missiles were launched and 19 drone operations were carried out against ISIL and al-Qaeda positions.