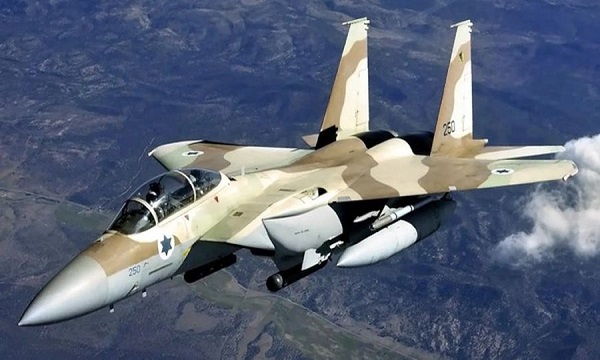 Al-Manar TV said that Israeli warplanes had carried out two raids in the outskirts of the Lebanese town of Mahmudiya, about 12 km (7.5 miles) from the borders of the occupied territories.

Reuters has claimed that the Israeli regime's new aggression came in response to rocket firing from Lebanon and that the Israeli military attacked the site from where the rockets had been fired towards the occupied territories under the control of the regime.

An additional target in the area that was a source of rocket fire in the past was also struck, the Israeli regime's military was quoted as saying.

Preliminary reports indicate that the attack was carried out by F-16 fighter jets.

The attack came as news sources reported on Wednesday night that the Israeli regime had launched an artillery attack on the Lebanese border areas.

It was also reported that Israeli tanks were allegedly on alert one the other side of the Lebanese border after firing three rockets from Lebanon into northern occupied Palestine.

Reuters has tried to link the Israeli regime's aggression to the recent incidents with tankers off the UAE coast in the Persian Gulf and blame Iran for the escalating tensions.