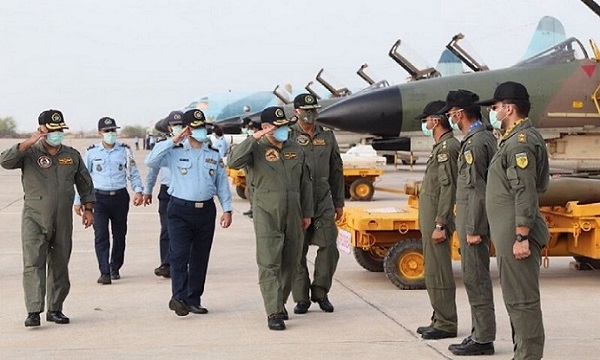 He made the remarks on Tue. during his visit to an airbase in Bandar Abbas, south Iran.

The Iranian commander in this visit elevated the equipment and defense power of the airbase.

"The sky over the Persian Gulf, the Strait of Hormuz, and the Sea of Oman is monitored around the clock, and the army air force is ready for comprehensive defense if needed," he said.

In similar earlier remarks, the Commander of Army Air Defense Force Brigadier General Alireza Sabahifard said the slightest aggression on the country's airspace will be answered with a crushing response.

The commander said, "The use of completely indigenous achievements and systems is certainly a thorn in the eye of the enemies."