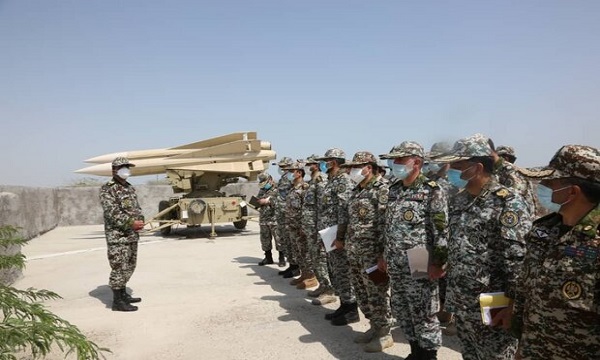 Commander of the Iranian Army’s Air Defense Force Brigadier General Alireza Sabahi Fard made the comments during an inspection visit to Shahid Bordbar Air Base in the Chabahar port city in the southeastern province of Sistan and Baluchistan.

General Sabahi Fard said, "The northern Indian Ocean and the strategic point of southeastern Iran are completely covered by the air defense and are fully secured."

He noted that all kinds of completely indigenous electronic surveillance, radar and missile systems that are produced through the efforts of the young Iranian experts are stationed in this region.

General Sabahi Fard concluded by saying that air defense has long been able to detect and monitor any flying object with any radar cross-section and uses powerful systems and weapons for tactical and defensive actions against attacking objects.