Gen. Hajizadeh:
Armed forces high morale gave Iran victory against Takfiris
TEHRAN (Defapress) - The commander of the IRGC air force considered the high morale and courage of the armed forces as one of the reasons for Iran's success against the Takfiris.
News ID: 83716 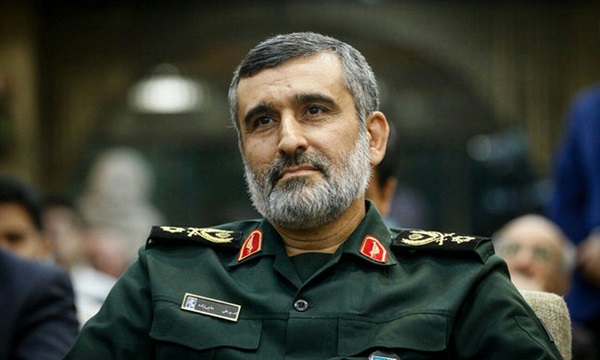 He added about the Leader's characteristics, "One of his most important characteristics is his knowledge of the enemies that has saved the country on various occasions, such as what happened in the Kuwaiti war, and some people said that we should stand by Saddam Hussein and fight the United States, but he rightfully disagreed and prevented us from falling into the trap laid by the United States."

The commander of the IRGC Air Force described the conspiracies in the region as aimed at harming Iran and said, "The Leader of the Revolution correctly realized where we should be, such as confronting the Takfiris in Syria and Iraq, who, if we had not fought, we would have had to fight them in Tehran, Kermanshah and Hamedan."

Hajizadeh considered the high morale and the courage of the armed forces as another reason for Iran's success, which has been achieved under the guidance of the Leader.