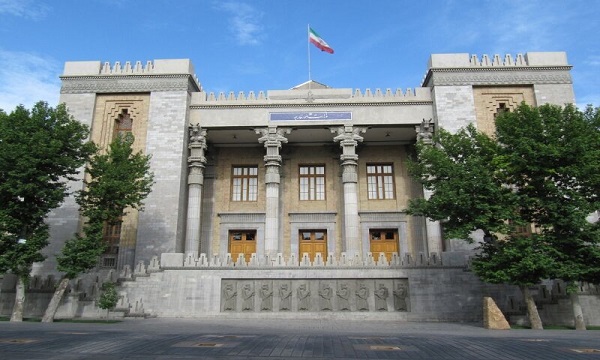 Speaking in his weekly presser on Monday, the Iranian Foreign Ministry Spokesman spoke about the recent development in Afghanistan, saying that the Islamic Republic of Iran is closely monitoring the developments.

"We are in contact with all parties in Afghanistan," Saeed Khatibzadeh said.

He went on to say, "There is no military solution to the problems of Afghanistan and all groups and parties must resolve the issues through negotiation and dialogue."

Saying that the Islamic Republic of Iran has always supported Afghan people for the last 40 years, the Iranian diplomat added, "We will stand by the Afghan people at this critical juncture."

He also expressed Iran's readiness to facilitate the intra-Afghan peace talks as before, saying that Tehran welcomes the peaceful transfer of power and the formation of an inclusive government.

Referring to the increasing wave of Afghan migrants in the wake of the new situation in Afghanistan, Khatibzadeh attached importance to the effective role of international organizations in reducing problems of the Afghan people.

He also spoke about Iran's hosting of the Pakistani Foreign Minister, saying, "As the pillar of security in the region, Iran makes every effort to facilitate intra-Afghan dialogue."

Therefore, it is natural that Iran holds such consultations with different countries at different levels.

He reiterated that Iran supports the formation of an inclusive government in Afghanistan with the presence of all ethnic groups, saying that the lives and dignity of the Afghan people are a priority for the Islamic Republic of Iran.

Referring to Iran's principled policy toward the neighboring country of Afghanistan, he said that Iran will spare efforts to reduce tensions in this country and bring safety to Afghanistan.

Elsewhere in his remarks, he referred to the shameful withdrawal of the US troops from Afghanistan, saying, "Anyone can witness the suffering that the United States has brought for the people of the region and Afghanistan."

Wherever the United States has gone, it has caused chaos or destruction instead of bringing peace and security, he said.

Tehran advises Washington to respect the rights of nations and international law, he noted.

He also spoke about the prospects of JCPOA revival and the resumption of the Vienna talks.

It was the United States and Europe who failed to fulfill their commitments to the JCPOA, and Iran's retaliatory steps are absolutely in line with the international framework, he said.

Answering a question over the regional summit which will be held in Baghdad, he said, "Holding summits at the level of neighboring countries is not a new initiative and our brothers in Iraq have been pursuing it for a long time."

He also hailed that Iraq plays a prominent role in the region.