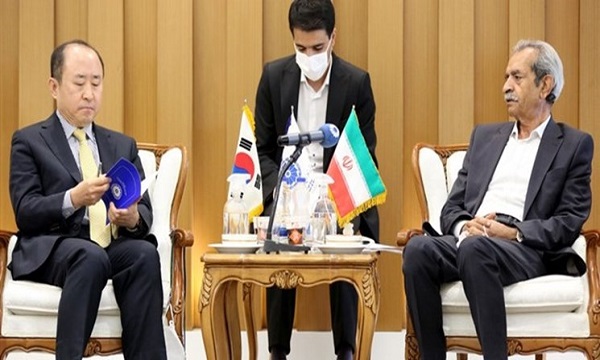 The South Korean ambassador made the remarks in a meeting with the head of the Iranian Chamber of Commerce in Tehran on Tuesday.

Yun Kang-hyeon pointed to a previous meeting he had held with the former Iranian president Hassan Rouhani, saying that the then Iranian president had expressed his frustration with the South Korean stance on the US sanctions against Iran.

He added that he came to meet with the head of the Iranian Chamber of Commerce in an effort to revive bilateral relations between Tehran and Seoul.

He said that the US sanctions against Iran harmed both the Iranian nation in the first place as well as the Korean economy to a lesser extent.

He put the amount of frozen Iranian assets in South Korea at $7 billion, saying that his country is interested in paying back the blocked financial resources to Iran in necessary ways.

"South Korea is looking for a new future, and in this regard, I promise to do my best to develop economic relations between the two countries," the diplomat added.