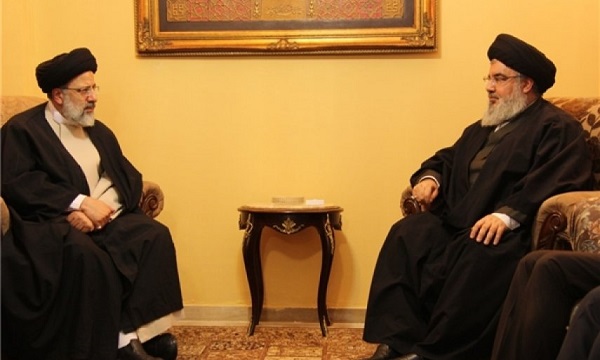 While expressing his thanks to Lebanon’s Hezbollah Chief for his congratulatory message, President Raeisi stated that Hezbollah Resistance Movement have borne fruit thanks to your guidance of faithful and revolutionary youth and pure blood of martyrs of the Resistance movement.

The outstanding role played by the Islamic Resistance against state and Takfiri terrorism in strengthening pillars of security has turned this revolutionary current into an effective element in the regional equations, President Raeisi highlighted.

He went on to say that neither political, military, security party in the region and nor any international power can ignore presence of Hezbollah.

Authority of Islamic Resistance has turned revolutionary youth into a nightmare for the Zionist regime, he added.

Islamic Resistance can provide a unique model of political action based on religious principles in order to strengthen national independence through the vast perspectives of stability, development and prosperity, he said, adding, “Despite all hostilities and animosities lurking the Resistance Movement, the geography of Islamic Resistance is no longer limited to Lebanon and Palestine.”