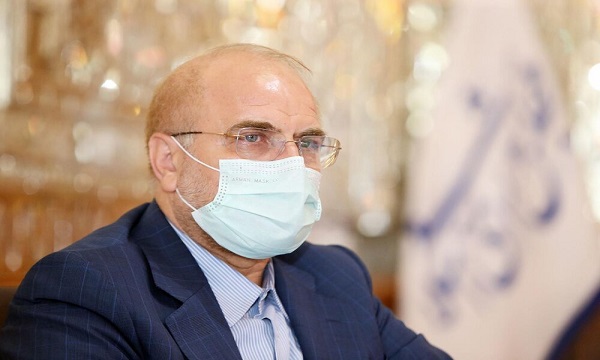 Mohammad Bagher Ghalibaf in his message of condolences on Thursday strongly condemned the Zionists’ attack on the Syrian capital Damascus which led to the martyrdom of two IRGC forces and stated that Axis of Resistance and brave defenders of holy shrines will undoubtedly respond to Zionists’ atrocities and heinous crimes.

By committing their criminal acts, enemies have always tried to undermine strong will of zealous soldiers of Resistance Movement, he said, adding that all plots and conspiracies of enemy have been thwarted.

Undoubtedly, a heavy price will await terrorists, so that Axis of Resistance and brave defenders of holy shrines will not let these heinous crime go unanswered, Ghalibaf emphasized.

Two IRGC forces were martyred in a missile attack by the Israeli regime on the outskirts of the Syrian capital on Monday.