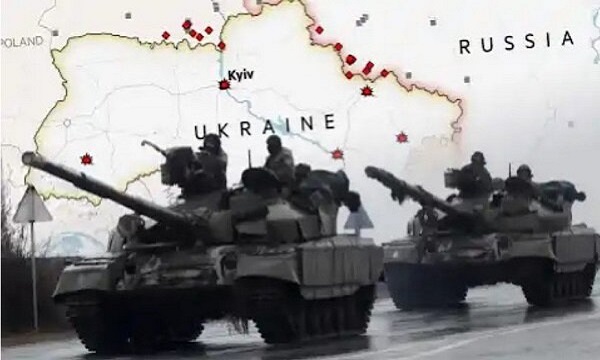 Zelenskiy delivered some emphatic lines in his most recent national address regarding what he described as “passive” sanctions imposed by the west on Russia, according to Guardian newspaper website.

Ukraine cannot and will not agree with the passive sanctions position of some entities towards Russia. There should be no ‘suspended’ sanctions packages - that if the Russian troops do something, then there will be some answer, the president said.

He went on to claim that "We went through this story last year when we said that strong preventive sanctions against Russia were needed to prevent an invasion. The preventive package was not made. A full-scale war has begun."

Zelenskiy urged for sanctions packages to be “effective and substantial”.

The Ukrainian president further claimed that "If the sanctions packages are weak or do not work enough, if they can be circumvented, it creates a dangerous illusion for the Russian leadership that they can continue to afford what they are doing now. And Ukrainians pay for it with their lives. Thousands of lives.”

His address came ahead of face-to-face peace talks in Turkey on Tuesday.