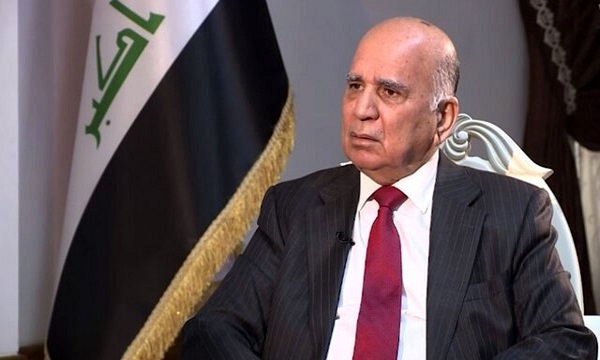 The national security of Iran and Iraq is interconnected with the security of the region, he emphasized, adding that the two countries of Iraq and Iraq are two neighboring countries which have established economic social, cultural and historical relations with each other.

Elsewhere in his remarks, Hussein referred to the establishment of temporary ceasefire in Yemen and stated, “It is hoped that talks would continue in order to create a peaceful solution in line with improving situation of people in this country.”

It is hoped that the next round of Iran-Saudi Arabia talks would take place in Iraq, Hussein underlined.