PMU base reportedly targeted by drone
TEHRAN (Defapress) - According to Iraqi sources on Tuesday morning, the headquarters of Iraq’s Popular Mobilization Unit (PMU) was attacked by an unknown drone in Mosul.
News ID: 84095 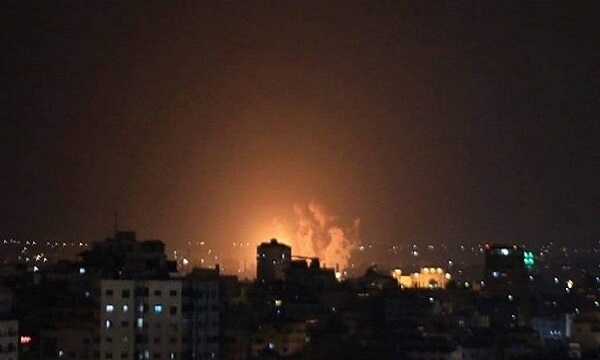 Sabereen News reported that several explosions were heard on Tuesday morning in Bashiqa town which is located at the heart of the Nineveh plain, between Mosul and Sheikhan.

Unconfirmed reports indicate that the headquarters of Iraq’s Popular Mobilization Unit (PMU) was targeted by a Turkish drone in the village of Jaruba in Bashiqa.

No further details have been released on the news.

The Turkish Defense Ministry announced last Monday morning that it had launched an operation under the pretext of fighting PKK militants in northern Iraq. This new operation is underway with the participation of the Turkish air forces and its special combat forces.

The Turkish military operations have drawn the condemnation of different Iraqi politicians and political groups so far.