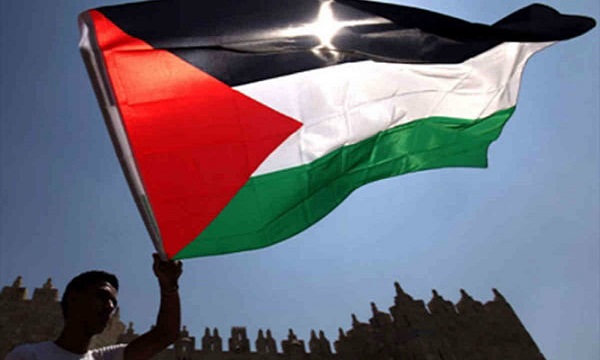 Rallies and demonstrations have been held in cities across the US, Australia and elsewhere in the world to commemorate the 74th anniversary of Nakba Day(Palestinian Catastrophe).

Thousands of demonstrators rallied in many US cities, including New York, Boston, Washington, Montreal and Dearborn, Michigan, on Saturday, to show solidarity with Palestinians and call for an end to Israeli attacks on the besieged Gaza Strip.

Several thousand people in the Canadian city of Montreal called for the liberation of Palestine during a mass demonstration. The demonstrators also denounced war crimes committed by Israeli troops in Gaza and carried placards condemning the Tel Aviv regime for violating international law.

Moreover, thousands of people held demonstrations in the Australian cities of Sydney and Melbourne in solidarity with the people living in the occupied Palestinian territories. In central Melbourne, protesters holding Palestinian flags commemorated Nakba Day.

Thousands of people across Europe have also taken to the streets in various European capitals to hold mass rallies in commemoration of the 74th anniversary of Nakba Day.

Hundreds of people also demonstrated in ‎the Norwegian capital of Oslo on Saturday in commemoration of the Nakba.

In London, thousands of people from all walks of life staged a mass rally to commemorate Nakba Day. The participants waved Palestinian flags, chanted slogans and expressed anger at the ongoing brutal oppression of Palestinians at the hands of Israeli forces.

In the Austrian capital city of Vienna, thousands of pro-Palestine demonstrators took to the streets to mark Nakba Day and condemn the killing of the veteran Palestinian journalist by Israeli forces.

Demonstrations were also held in Copenhagen, the capital city of Denmark, to mark Day and slam Israel for the intentional killing of the Palestinian journalist.

Dozens of Israeli settlers have stormed the al-Aqsa Mosque compound in the Old City of occupied al-Quds under the protection of the regime’s forces as Palestinians are commemorating the 74th anniversary of Nakba Day.

The official Palestinian news agency Wafa reported that the settlers entered the compound through the Moroccan Gate in the early hours of Sunday to mark a Jewish religious occasion.

They performed Talmudic rituals at the site, which is venerated by Jews, Christians and Muslims.

Nakba Day is observed on 15 May every year, commemorating the displacement of 700,000 Palestinians forced to flee as a result of the 1948 Arab-Israeli War, the land theft and the destruction and depopulation of hundreds of Palestinian towns and villages. The refugees were forced to seek refuge in Jordan, Lebanon, Syria, the West Bank, and the Gaza Strip, often without citizenship being granted. Many Palestinians continue to hold and treasure the keys to their lost homes, and the key has become a symbol of the Palestinian right to return home.