Leader calls for developing cultural affairs
TEHRAN (Defapress) - Describing the weakening of religious motives as one of the most important aspects of soft war in the country, the Leader of the Islamic Revolution called on people to get involved in cultural production.
News ID: 84270 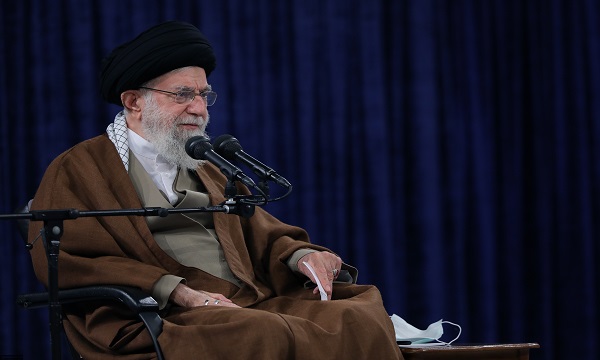 "Today, the ill-wishers of Iran and Islam rely on soft war, so all members of the nation, including nomads, need cultural affairs and products," Leader of the Islamic Revolution Ayatollah Seyyed Ali Khamenei stated in a meeting with the representatives of the congress of the martyrs of the nomadic society.

"Of course, in cultural work such as film and book production, the feedback and impact of productions must be considered and measured," Ayatollah Khamenei added.

Noting that today, everything that is done in the country against religion, traditions, sanctities and religious rites is based on a political motive and used by the enemy, the Leader considered the weakening of religious faith, hope and optimism for the future of the country as components of a soft war against the Iranian nation.

The Leader also praised the nomad's sacrifices in the era of the Islamic Revolution and during the eight years of Sacred Defense (Iraqi imposed war against Iran during 1980-1988) and called on the relevant authorities to solve the problems of the Iranian nomads.