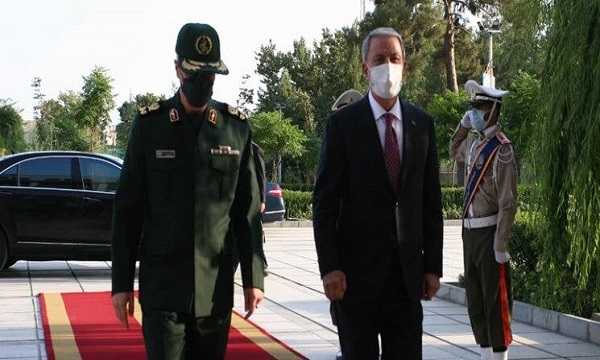 Hulusi Akar, who arrived along with a high-ranking political delegation in Tehran on Monday night, met with Mohammad Bagheri a few minutes ago.

Both sides underscored the need for enhancement of cooperation in the military, training and security areas of the armed forces of Turkey and Iran.

The two military officials reviewed fields of defense collaborations, and exchanged views, and interacted on the most important issues of the region, including the fight against terrorism.

Both generals also held talks on the reduction of tension in Syria as well as finding ways to create sustainable security in the West Asia region.

The former four-star Turkish Armed Forces general visited Iran in 2017, heading a high-ranking military delegation to pursue expansion of military exchanges and regional cooperation, when he met with the Chief of Staff of Iran's Armed Forces Mohammad Bagheri as well.