TEHRAN (Defapress) - Spokesman for Iraq's Al-Nujaba Islamic Resistance Movement Nasr al-Shammari said their participation in the war against the Israeli regime depends on the request of the Palestinian resistance.
News ID: 83368 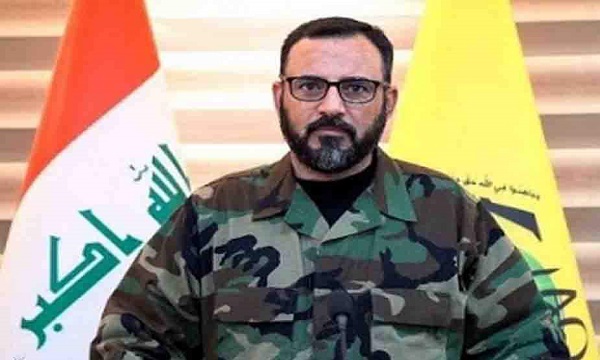 According to a statement by the Public Relations Department of the Hezbollah Nujaba, Nasr al-Shammari, the deputy secretary-general and the spokesman of Iraq's Al-Nujaba Islamic Resistance Movement said "We are ready to enter a direct confrontation with the Zionist regime in support of Palestine. We consider it our religious duty to help the Palestinian resistance and we will move whenever it is commanded."

Al-Shammari added that "Iraq's Al-Nujaba Islamic Resistance Movement is ready for any cooperation on all fronts against the Zionist regime if it receives an official request from the Palestinian resistance groups," adding "Palestine is their land and we can not enter their battle without coordination and official invitation."

Regarding Syria's occupied Golan Heights, the spokesman said: "We enjoy enough preparation and equipment to target the depth of the occupied territories and deal painful blows on the Zionist enemy. But, the people of that area must also agree."

He went on to say that, "Our wish is to participate in anti-Zionist operations, and if necessary, we will be present in Lebanon or the Golan Heights or Gaza."

The Iraqi Hezbollah Nujaba official further pointed out "As a resistance group, we are hopeful and ready to actively take part in this battle with our weapons that reach deep into the occupied territories."

With regard to the ongoing conflict between Palestinian resistance and the Israeli regime in Gaza and West Bank, Al-Shammari said that "The ongoing conflict regardless of whether it ends with a ceasefire or not, has changed the previous equations and the Zionists are no longer safe in the occupied territories. This conflict was the beginning of the decline of Israel.

He expressed certainty that the armed resistance will spread to the entire occupied territories as it is already underway in Gaza.