TEHRAN (Defapress) - Over 1,500 troops from three countries will take part in joint drills on the Afghan border, Russian media have said.
News ID: 83632 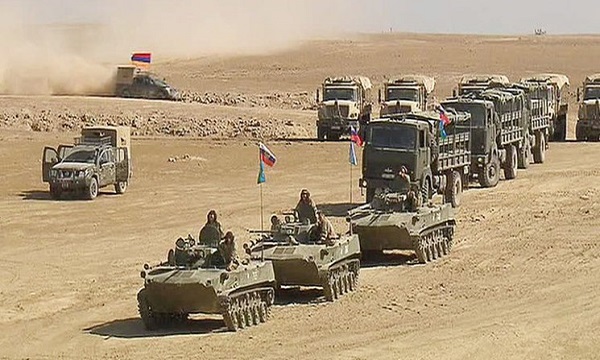 Over 1,500 troops from Russia, Tajikistan and Uzbekistan will take part in joint drills at the Kharb-Maidon training ground, 20 km from the border with Afghanistan, on August 5-10, the press office of Russia’s Central Military District reported on Tuesday, according to TASS agency.

The troops will practice thwarting an intrusion by outlawed armed gangs and eliminating "radical terrorist groups," the statement says.

At all stages of the drills, the troops will focus on tactical measures, employing reconnaissance/fire and reconnaissance/strike systems, the press office specified.

Under an agreement signed in October 2012, Russia’s military base in Tajikistan will remain until 2042.